A sequel to the unique Shadow Projection contest of October 2012. Geometric patterns require solid magnet skills, but inventing eye catching shadows with them stretches a whole different part of the imagination. Exactly like last October, the focus will not be on the magnet sculpture itself, but instead on the photography of a shadow dropped by the sculpture. To make a distinct shadow, use a single, minimally diffused light source. You will  submit two pictures. The first will be the shadow contest entry, and doesn’t necessarily show the magnets themselves. The other required photo should be of your entire setup, with all magnets in view, so it’s obvious the magnets are indeed making the shadows. If you need some inspiration, check out the submissions for Contest 22.

There is no limit on how many magnet spheres you may use. Zen Magnets only for this contest. No use of props or other objects is permitted to cast shadows with, however you may cast your magnet shadow on whatever surface you wish. If you don’t have thousands of magnets, you’ll have to especially focus on the lighting, framing, and photographic integrity. 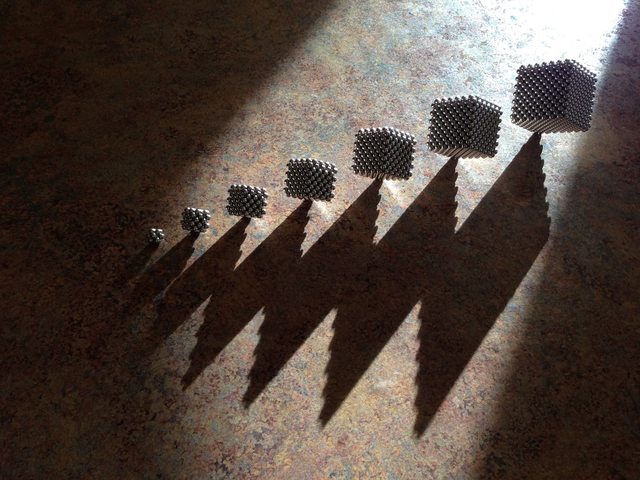 As usual, the judges will be your peers. So don’t aim simply to make the most amazing sculpture, try to take the most beautiful photo. There will be at least four winners, and possibly more depending on participation. The prize for first place will be $75 Zen Credit. Zen Magnets only in this contest. Again, this is a photography contest as much as a magnet sphere contest. Everything you submit goes into the public domain. Having fun is the most important requirement. Submission deadline is the end of October.

To enter, load your two full resolution photos on to imgur.com, and fill out this submission form: