Posted on Nov 1, 2018 by Anthony in Magnet Limit, No Limit, Results Posted 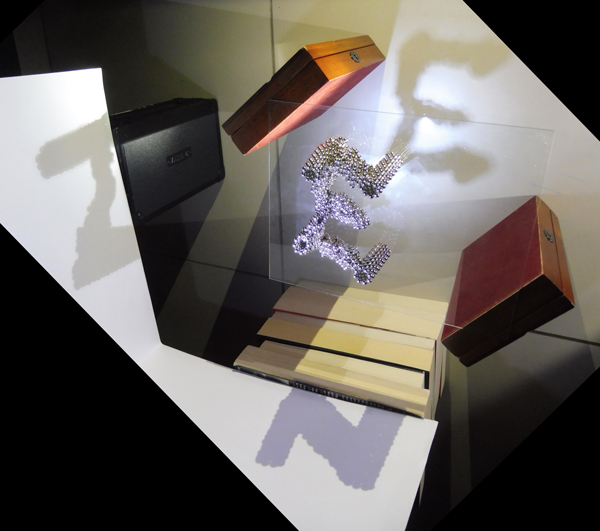 “Zödel, Escher, Nach.” was inspired by the cover of a 1979 book by Douglas Hofstadter which portrays the letters G E B. Vivien undertook the challenge of recreating this photo, changing the shadow letters to Z E N, and figuring out how to light it. On top of that, a shape constructed of magnets that could achieve the desired shadows. To light it, Vivien had this to say,”I had to improvise a glass table, to find three working lamps in my house and to borrow an extra arm.” Quite a feat. All that hard work paid off, and Vivien receives $100 in Zen Credits. 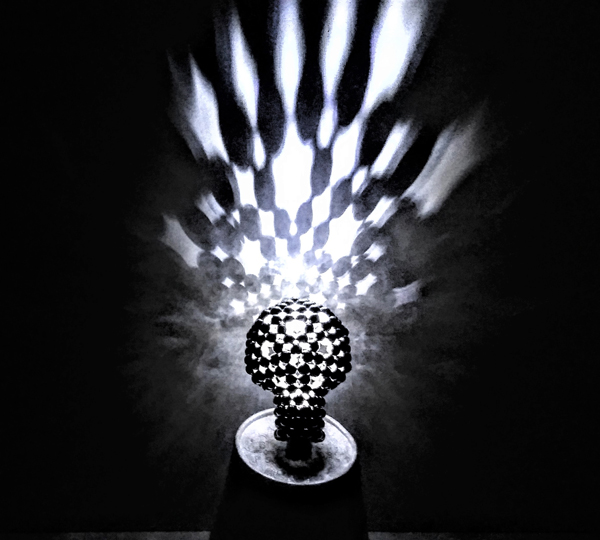 “I had a hard time figuring out what to do. Then I had an idea. A light bulb!” DBOI’s light bulb is made of 216 magnets and lit from within, projecting abstract shadows. This entry earns DBOI $65 in Zen Credits. 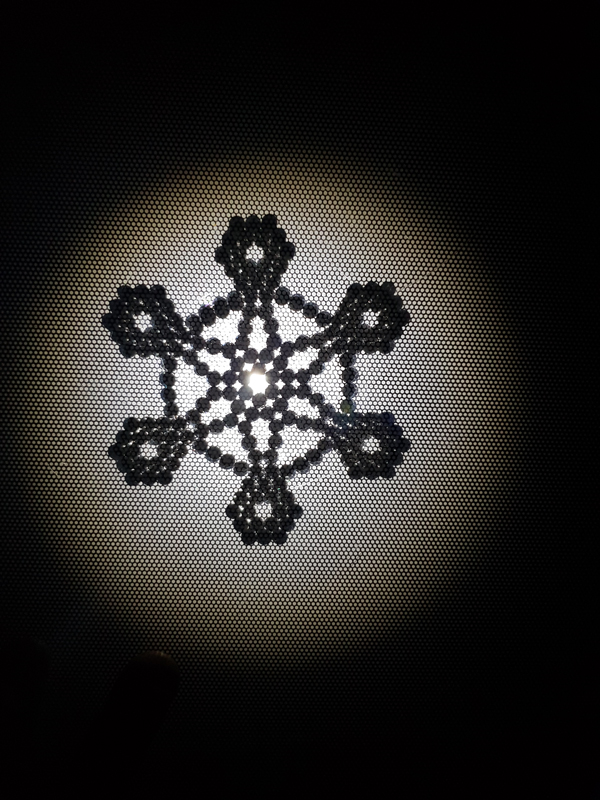 KLAW takes 3rd place with a design “inspired by snowflakes and dream catchers.”  The magnets were lit from above, and shot from below a glass table top, giving a silhouetted shadow. We also see a honeycomb texture from the glass used. KLAW receives $35 in Zen Credits for the snowflake entry. 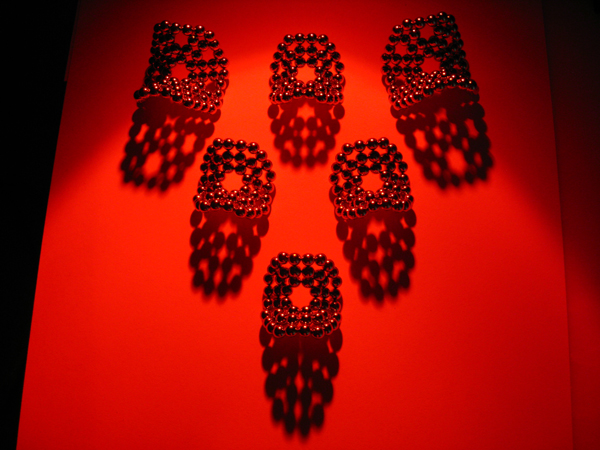 tend2it’s “Potato Chip Shadowing” submission is a collaboration with his son, who discovered this potato chip shape constructed of 6-ball triangles way back in 2011. Each potato chip is formed with 8 triangle subunits, which is how they achieve the curved, saddle shape. “I noticed that it had great shadow projection properties so it would showcase nicely for a shadow contest.” Arming himself with a multi-color LED flashlight, tend2it snapped this pic. He receives $25 in Zen Credits for 4th place. 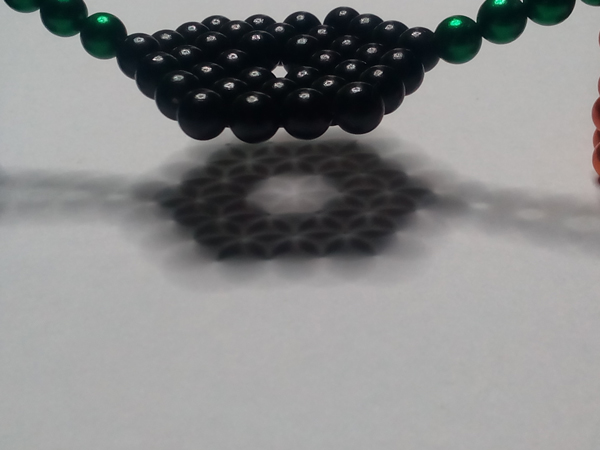 Aidan’s submission is evidence of a mistake gone right. Setting out to photograph a hexagon shadow, he instead found sacred geometry. “I used the wrong light, it had 20+ led’s in a circle and it created the flower of life.” Be sure to check the full size image on this one, and Aidan’s instagram for fun Neoballs builds. This photo earned him $15 in Zen Credits.

Also, check out gallery member aidan222’s lost submission, which disappeared in the vast emptiness of the internet, so no one had a chance to vote on it.

We had a whopping 5 entries for the Shadow Projection contest, which are great odds for all participants. The goal was to photograph a shadow cast by magnets. The magnet themselves did not necessarily need to be visible. Click the images below for full res goodness. 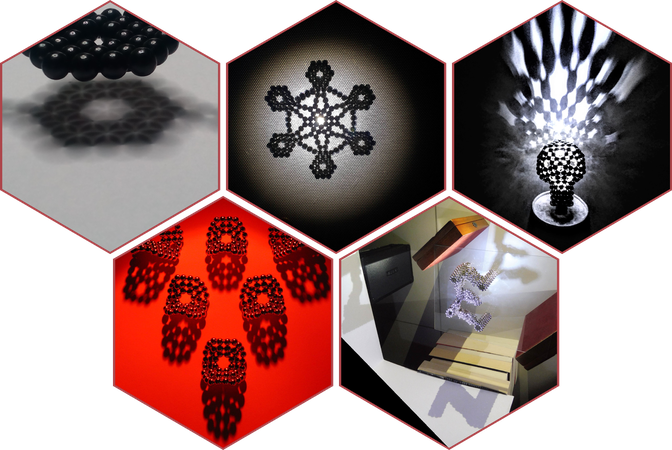 1st place gets $100 in Zen Credits, the rest will be announced with the winners.

Judges, remember that this contest is a photography contest just as much as it is a magnet sculpture contest, overall aesthetic does matter. Voting deadline is 11/6.

Vote in this google form for your top 3: