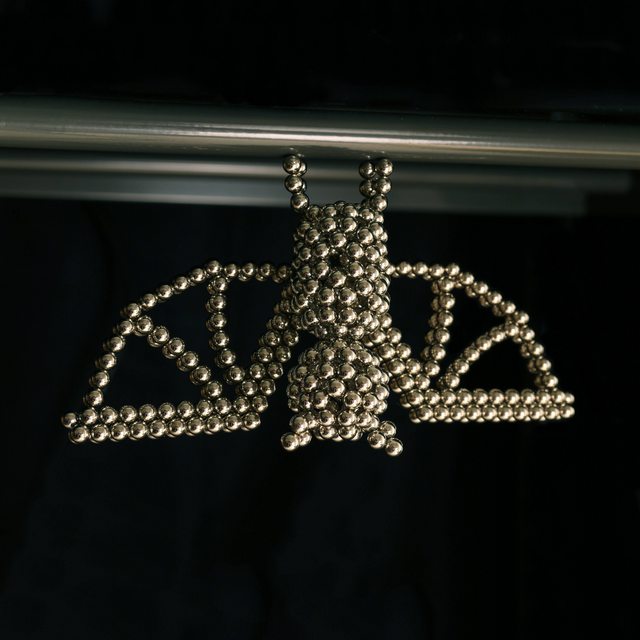 EraZorX, the master magnet sphere impressionist, is back. Combining the disciplines of frame architecture with ring curvature control to create a sculpture of one of the few animals that lives most of it’s life hanging on it’s feet.  “One of my breakthroughs in development [of the Hanging Bat] was realizing I didn’t need to fill-in the wings, and could just work with the outline.” Crisp high resolution shot prepared with intentional lighting. Exactly 432 Zen Magnets used. $65 worth of Zen Credits awarded for first place in Contest #37. 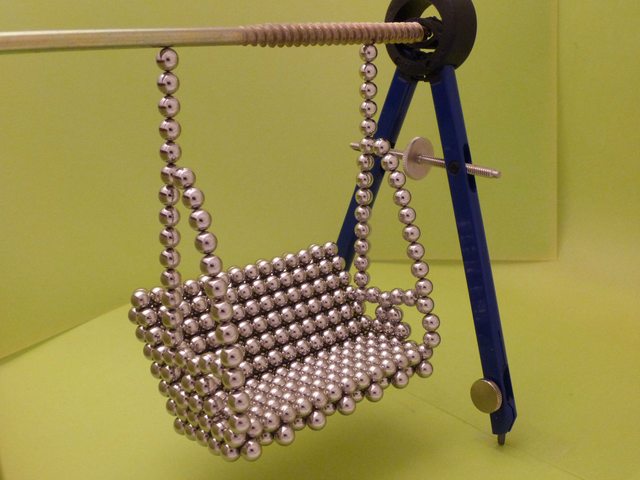 A fun and nostalgic piece of patio furniture, the “Magnet Swing” is supported by the perfect prop selection. Some thought clearly went into the tone, background and environmental reflections. “The toughest part was to get an idea of what I could build.” Another amazing image at full resolution.  394 Zen Magnets used. $57 worth of Zen Credits won, usable at http://zenmagnets.com or http://neoballs.com. 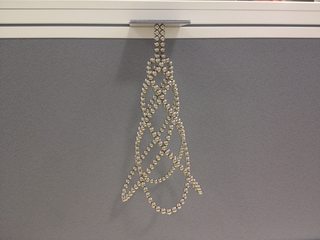 The “Delicate Bell” is a configuration that can only exist as a hanging object. A simple yet intricate hanging sculpture with lines that flow in to each other. There are no sharp angles that exist without a pair of continuing paths. A sharp and crisp photo with a medium contrast background. $49 in Zen Credits earned, also trade-able for $24.5 worth of Bitcoin. 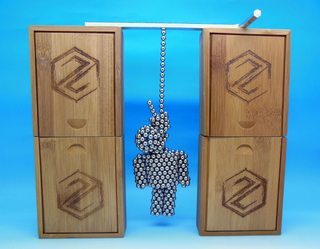 The “Hangman,” who’s noose is pulled by only a single chain of Zen Magnets. “This is a fairly simplistic design… uses basic sphere & tubular techniques.” Amazing focus on the magnets, apparent at full resolution. The reflections on the magnets themselves appear to imply the usage of a rather intricate lightbox. Two thumbs up for the use of bamboo gift boxes as the load bearing supports. $41 Zen awarded. 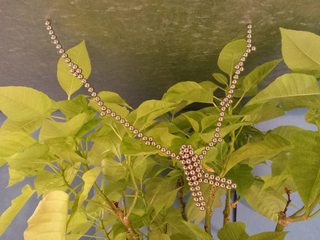 A clever capture of motion with a background that invites imagination to scale. This piece, titled “Jungle Travel,” looks like a frame from a stop motion film. “I love the perception of motion from the still… Swinging through the tree tops just formed out of that. However, given the miniature nature, swinging through the poinsettia will have to do!” $33 worth of Zen granted. 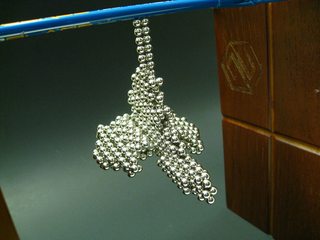 The “Mini BSG Viper Fighter Ornament” is the smaller brother to the full size fighter found here. Thrusters, canons, and cockpit all miniaturized and distinguishable. “I couldn’t find a good existing hanging platform so I MacGyver’ed this with existing parts including a badminton racket and a couple of Zen Mandala boxes. Expert focus and framing.  $25 Zen gladly awarded. 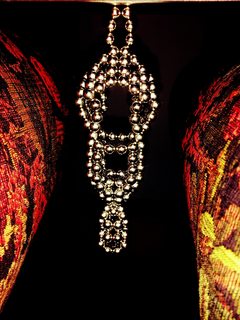 The “Lantern a la Zen” is an abstract ornament that leaves a fair amount to the viewer’s perception. “After many attempts… I finally found a shape I liked… I came up with this design, an ornament that vaguely resembles a lantern… faithfully lighting the way in these dark times… or you know a saturday night with nothing to do.” Sorta looks like a skull with a spider draping off the jaw. Are those legs on the side? $17 Zen Credits Won! 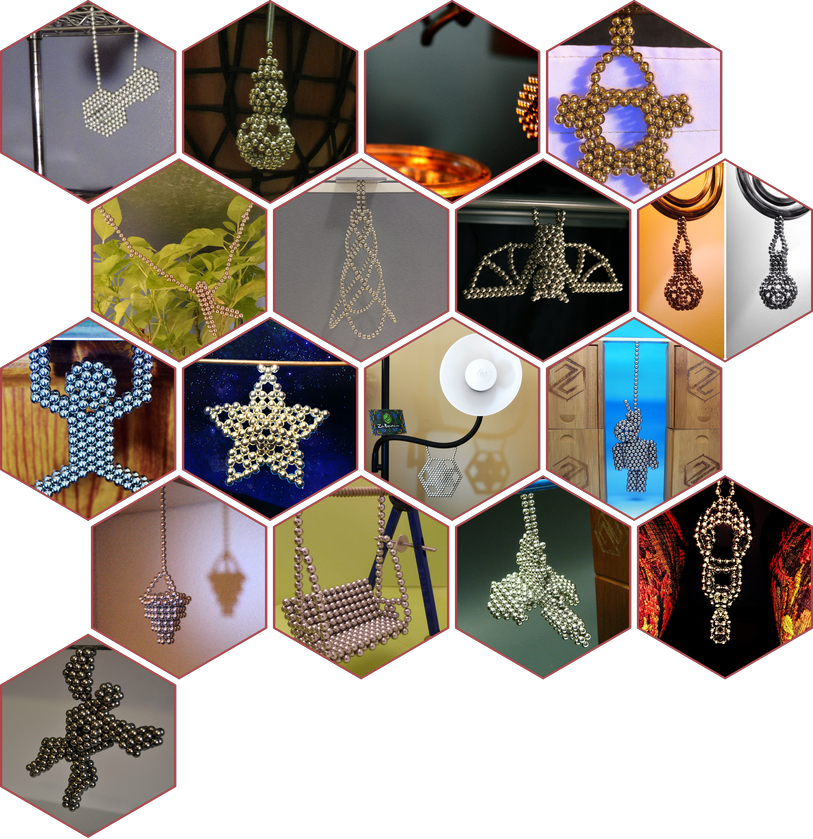 Zen Credits are also exchangeable for half their value in Bitcoin.

Judges, remember that this contest is a photography contest just as much as it is a magnet sculpture contest, overall aesthetic does matter. Voting deadline is the end of February.