So after extended voting, the standings were much more clear. These contests just keep getting better and better. There were a lot of ties this time, so a total of 9 people will be receiving prizes. 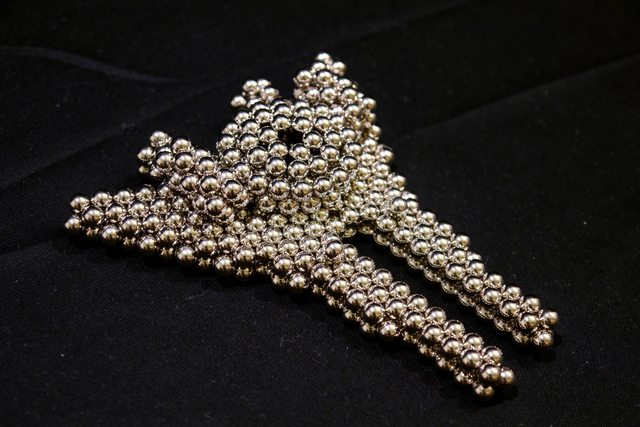 Undoubtedly a veteran with magnet spheres, EraZorX is one of the true champions in the world of magnet spheres. With a big lead among all other entries, this submission garnered about 35% more votes than second place. This spaceship has a distinct cabin, rear thrusters, and it’s primary guns make up half of it’s length. If I had to guess, I would say this spaceship was designed for fighting. The photo itself has great contrast, and is uploaded in gloriously high resolution. Click for full size. 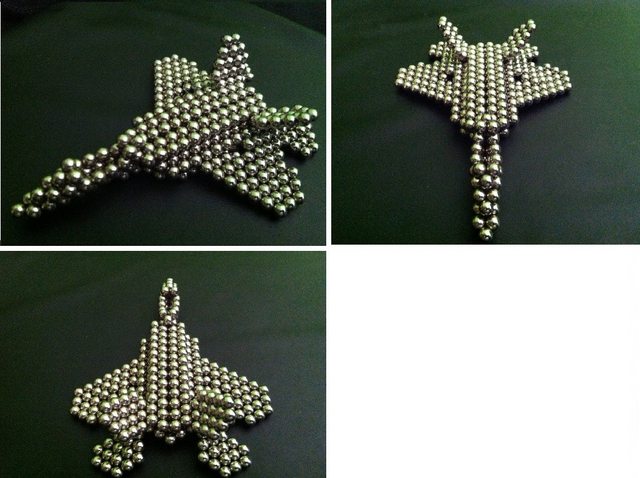 If the contest were to make a 2 set fighter jet, this entry would have won hands down. This sculpture is incredibly symmetrical for having such thin wing and rudder elements. A three view montage gives us a good look from multiple angles. Awesome entry. One Zen Gift Set awarded. 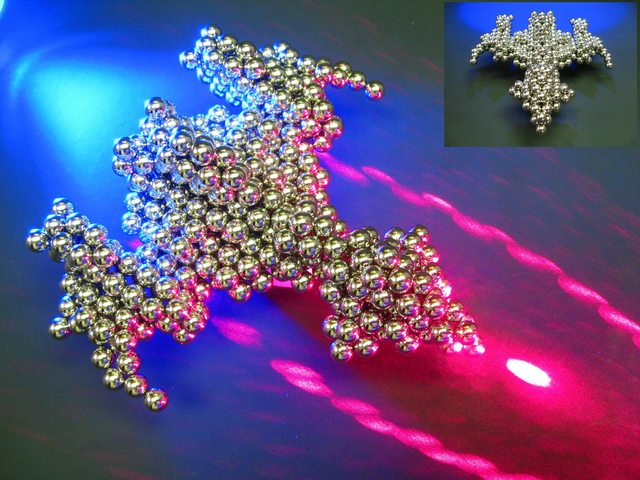 This elaborate ship looks like the star of a top down shooter, right in the middle of shooting down it’s space foe. Very creative lighting. The little picture in picture for perspective is a nice touch as well. Uploaded in a very satisfying resolution. 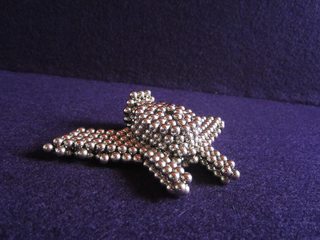 If EraZorX’s spaceship was a fighter, Lilmaster1000′s ship would be a scout from the same division; smaller guns and bigger wings. 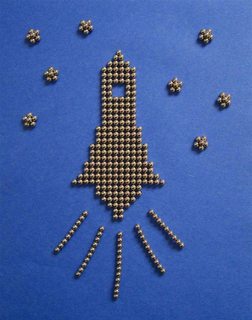 An imaginative 2d entry from one of our up and coming. Almost looks like a scene from a magnet animation, *wink*. 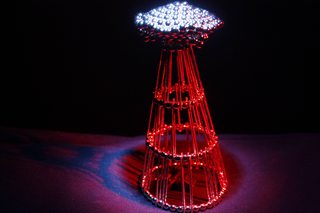 This eerie shot of a UFO beaming up monopoly houses seems to be no simple feat. The structural integrity of that cone is rather impressive. 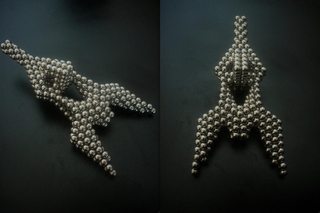 Two perspectives of a very cleanly built spaceship. The camera lens may be dusty, but this ship is incredible. 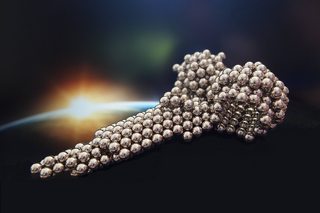 The shape and background of this shot gives the ship such a sense of scale. As if each of the two hallow rotors could be rotating cities with artificial gravity. 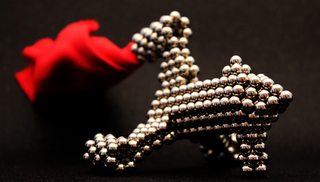 It’s hard not to win magnets when fundamentals are so strong. One of the engines are in turbo mode.. or on fire? Either way, it looks awesome.

Again, 1st place Wins 2 Zen Sets. Both 2nd place winners will get one Zen Set each. All 3rd place winners are awarded two free Mini sets. And all 4th place winners get one Mini set of Zen Magnets. If you haven’t already, click on the images for the original size. Prepare to be impressed.

26 Entries for the two set spaceship contest of May. The polls are open! Find the link below to vote for the winners.

Since the turnout was so big, we’re increasing the prize pool:

Judges, remember that this contest is a photography contest just as much as it is a magnet sculpture contest, overall aesthetic does matter. Voting deadline is 6/15

Decide your favorite 3 entries, and